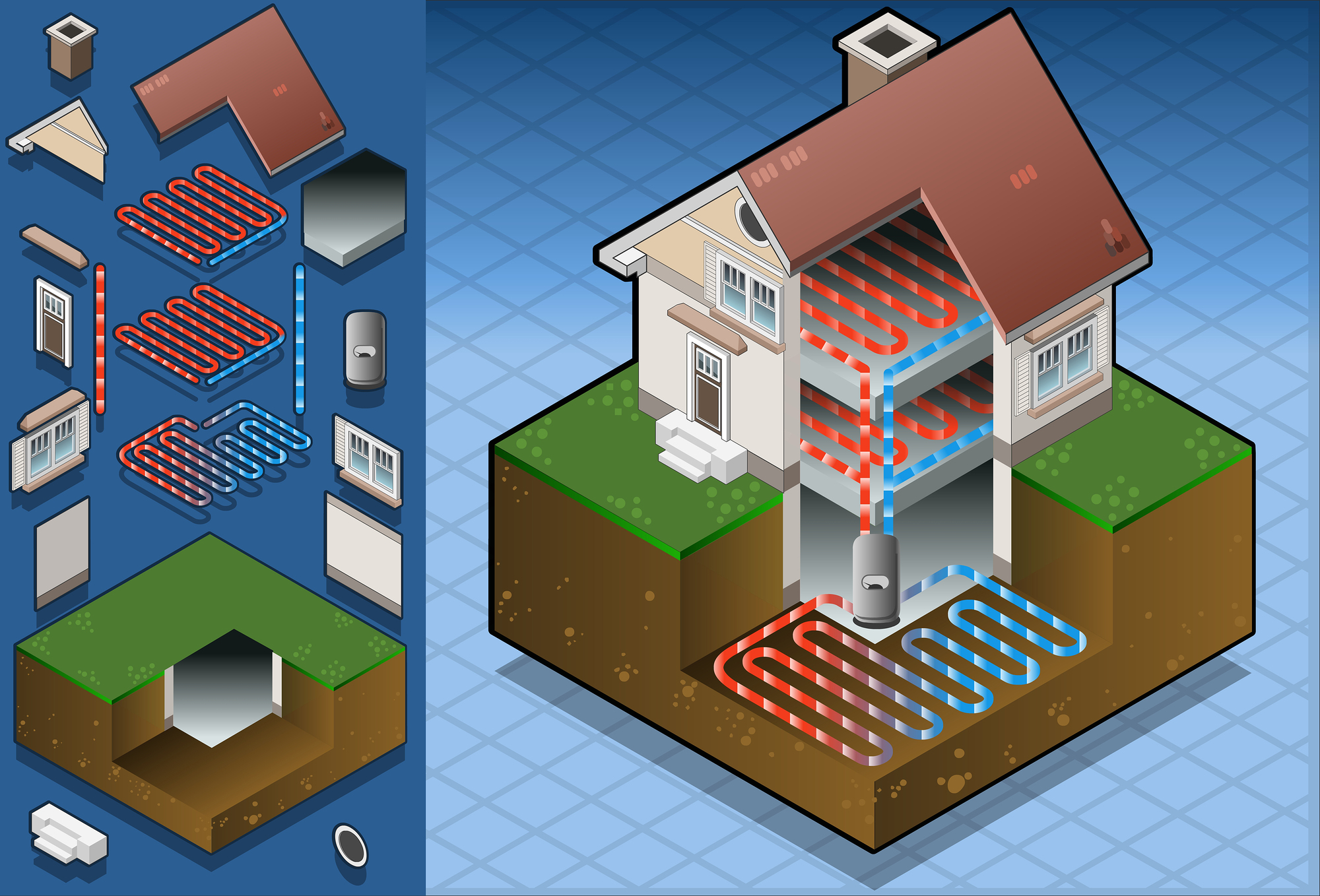 It is no secret that there is currently a definitive shift in the realm of energy consumption. More and more consumers are shifting away from traditional fossil-fuel based energy methods to a more renewable alternative. As time passes, this trend will likely continue, as people become more and more aware of the benefits of switching to renewable resource energy. One source of renewable energy that is becoming more popular, and a great way to heat your home, is the Earth’s crust.

One of the biggest selling points for a geothermal system is the fact that the energy is renewable. The system uses the consistent temperature from within the Earth’s crust to regulate the temperature within your home. This doesn’t take away from the Earth’s resources at all; rather, these systems work in cohesion with Earth in a natural and extremely productive way.

One of the great things about using geothermal systems to control the temperature within your home is the array of options that are available. There are numerous different systems that can heat your home. Some of these systems require only a few square feet of surface space above ground.

Another great thing about installing a geothermal system is that they last a very long time. In fact, until it is time to replace missing or worn parts, the systems require little to no maintenance. Your internal components of your heating and cooling system will likely last well over twenty years, while the buried portion of the system will likely last over fifty years.

One drawback to a geothermal system is the initial cost of installation. The cost will be considerably more than a traditional system. However, the initial investment pays off considerably. A geothermal system requires only a small amount of electricity to run, so you end up saving on both electricity, heating and cooling costs. Imagine not having to pay for that heating bill during the height of winter.

Despite the array of benefits that a geothermal heating and cooling system offers, there are still some things that you need to consider before going this route. As previously mentioned, the cost of installing a geothermal system is not minuscule. It is going to cost much more than a traditional system. Additionally, adding a geothermal system to an already established home can be difficult. This can get quite complicated. However, if you are having a new home built, geothermal energy can be a great route to take.

Cleaning Products from Your Cupboard
December 29, 2017

Don’t Flush This Down Your Toilet
December 8, 2017